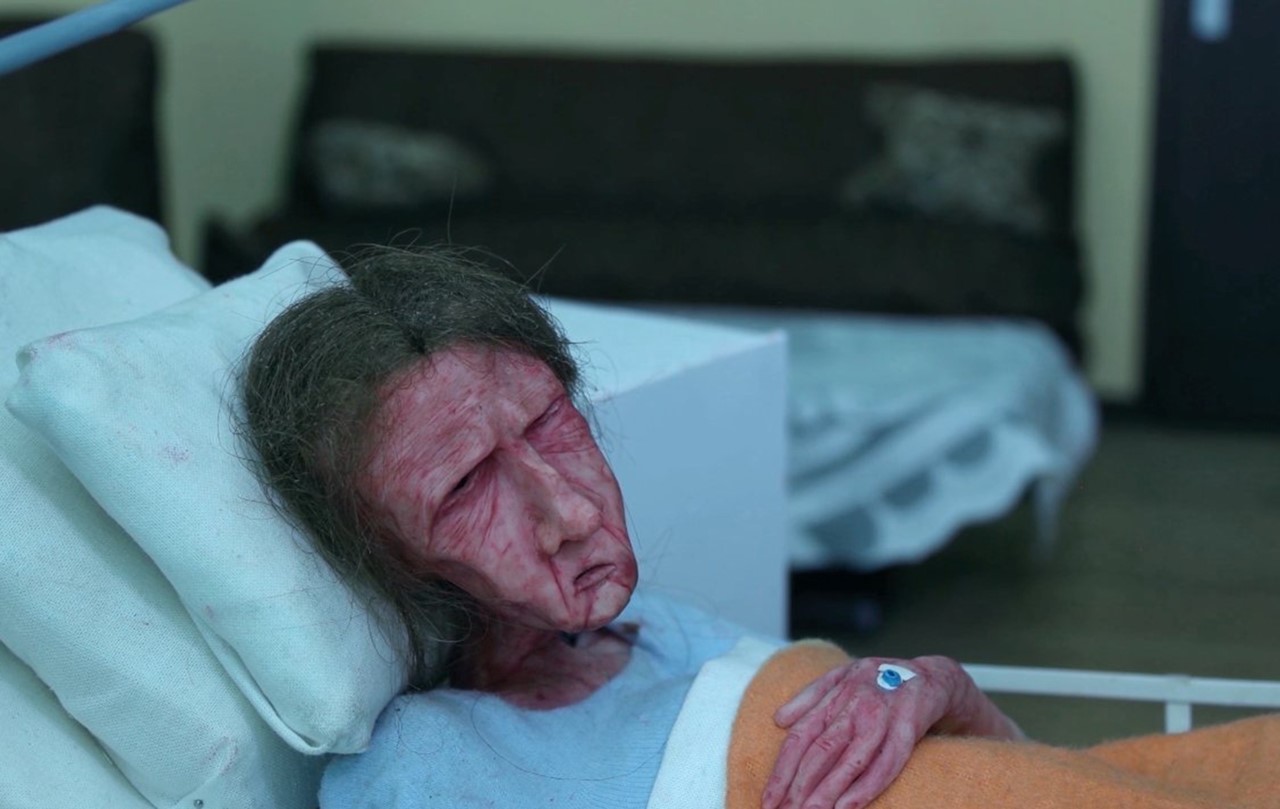 “I’m here!” the protagonist would like to cry out, but she’s not even able to ask for a glass of water. She can’t get up either, because a disease has confined her to bed and made her dependent on others. Nevertheless, she can hear very well what her family members say about her condition. The everyday life of an older woman is documented by an immobile camera focused squarely on her face. The other characters — her husband, her daughter, her grandchildren, a doctor, and a priest — are just a parade of legs that appear in the frame and comments that can be heard in the background. This compelling story about loneliness in the face of death is presented as a stop-motion film from the perspective of a dying woman, although she does not utter a word. 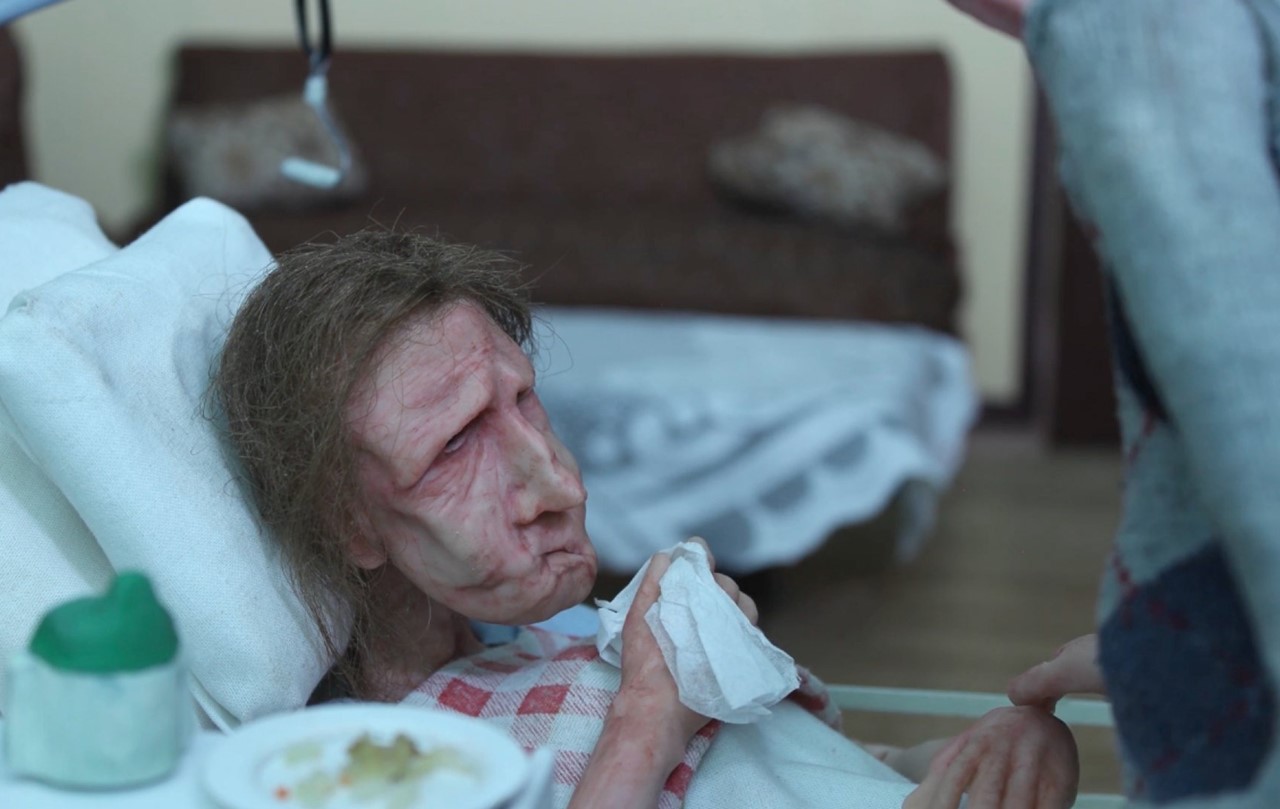 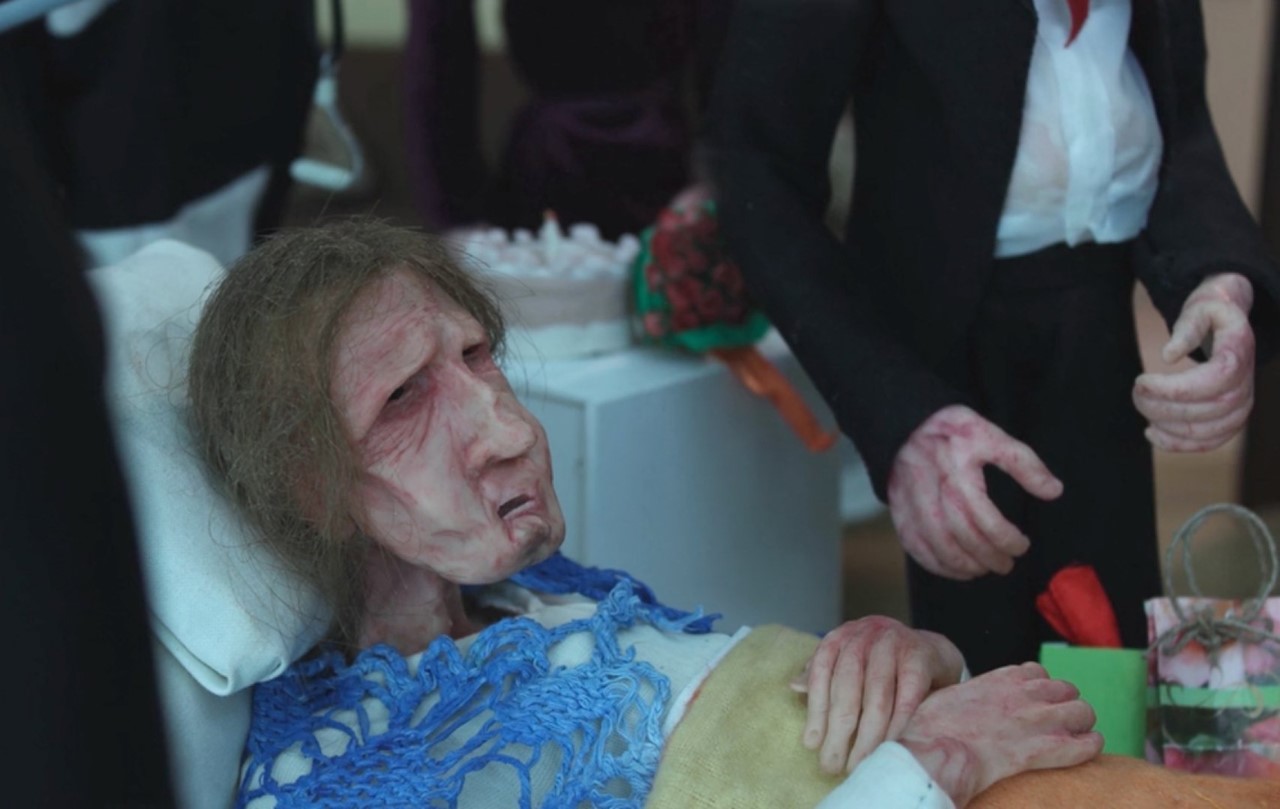