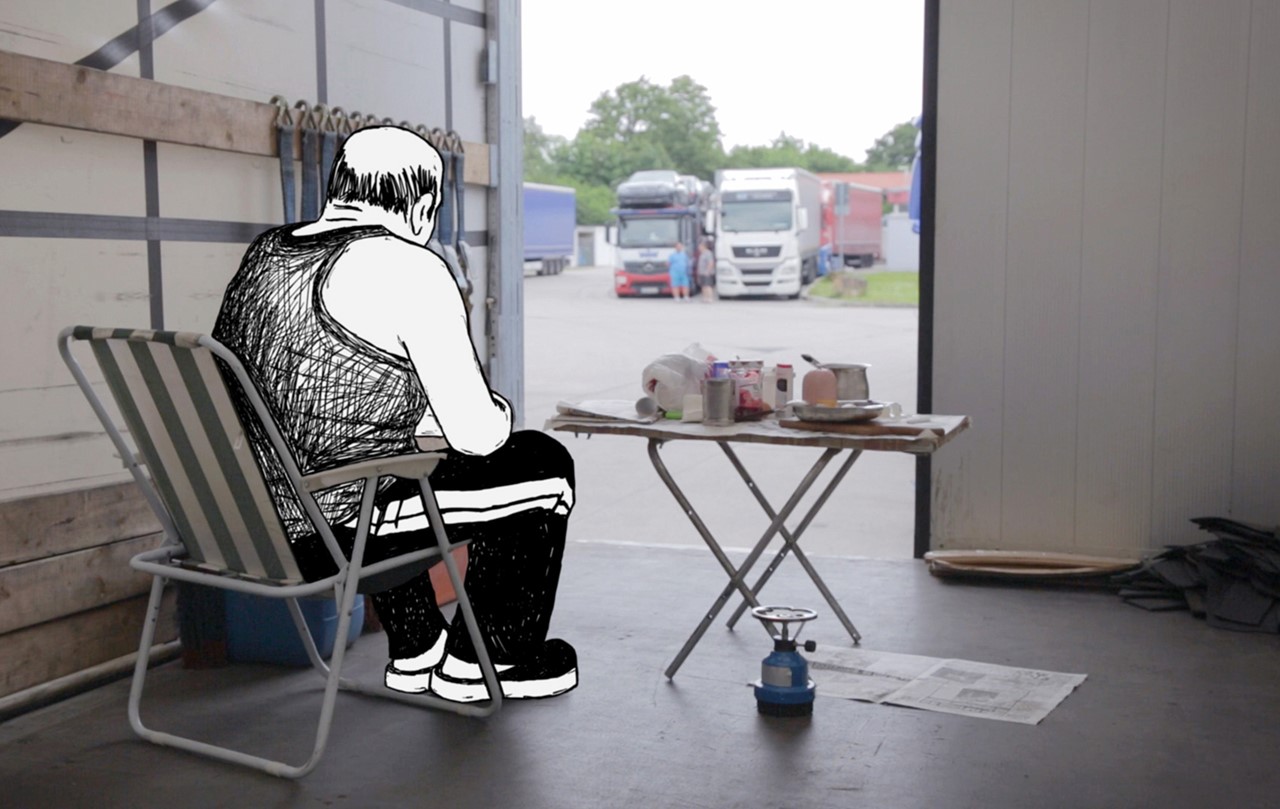 THE WORLD WE LIVE IN

THE WORLD WE LIVE IN

People in cars. The guard rail flies by aside. Drawn lines cover it. This experimental film deals with life lines leading from Eastern Europe to Germany. Animation covers the faces–drawings as protective cloaks, symbolic narrative devices. On the audio track, migrants talk about coming to Germany. Many are unemployed, or if they have a job, they have to work like dogs, without a break. When will they ever feel at home? 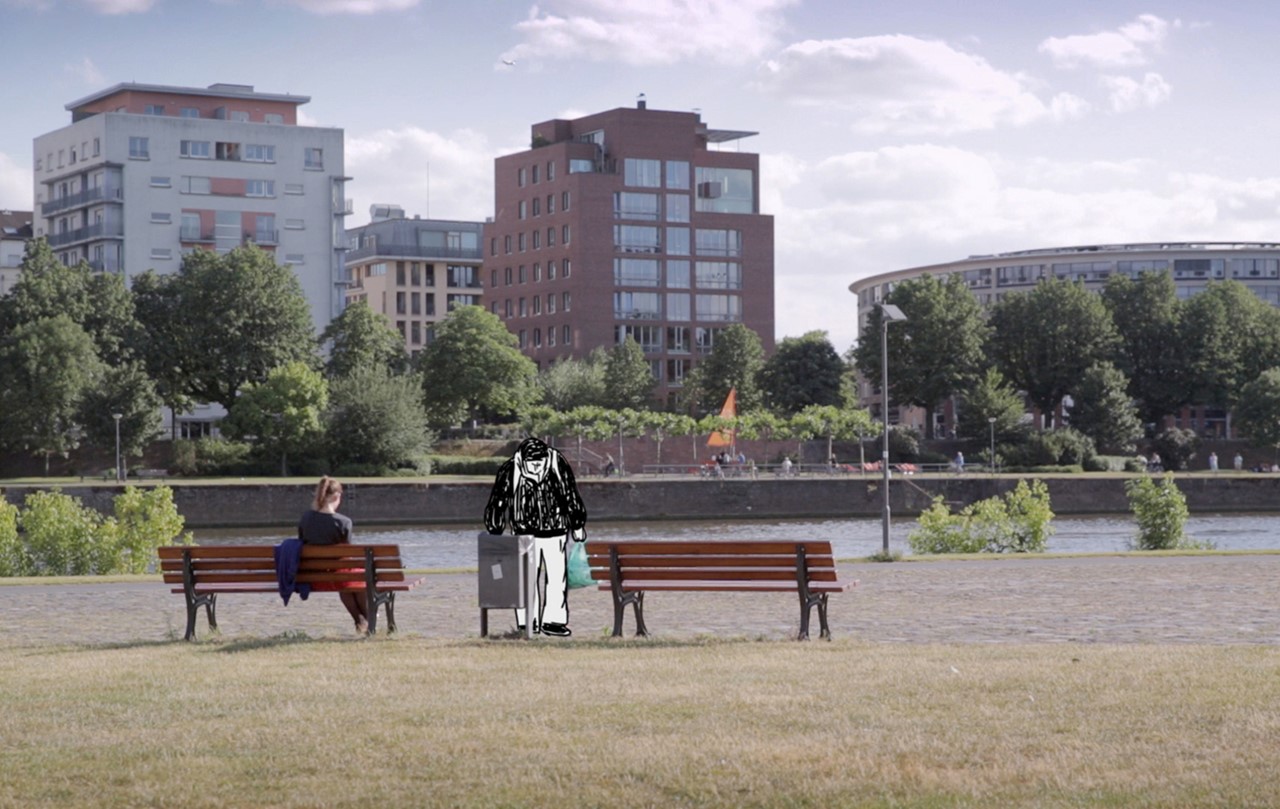 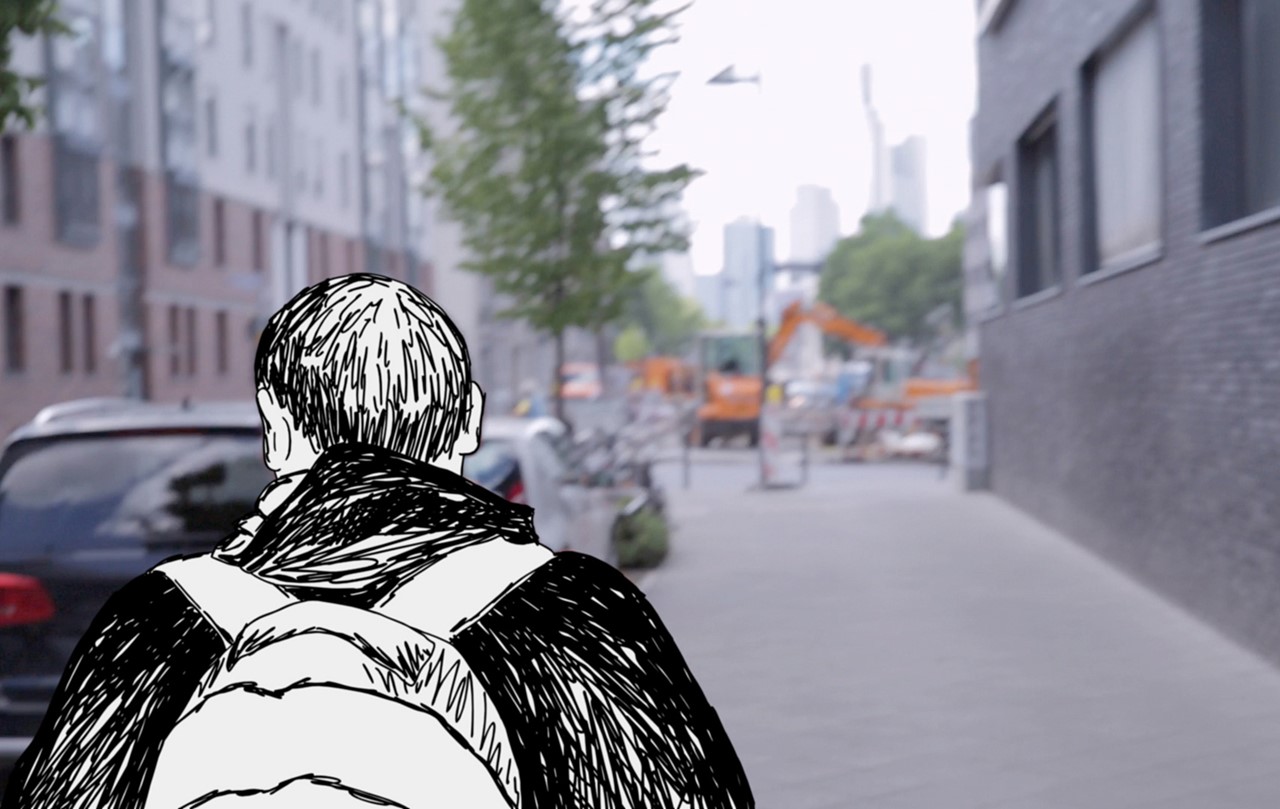 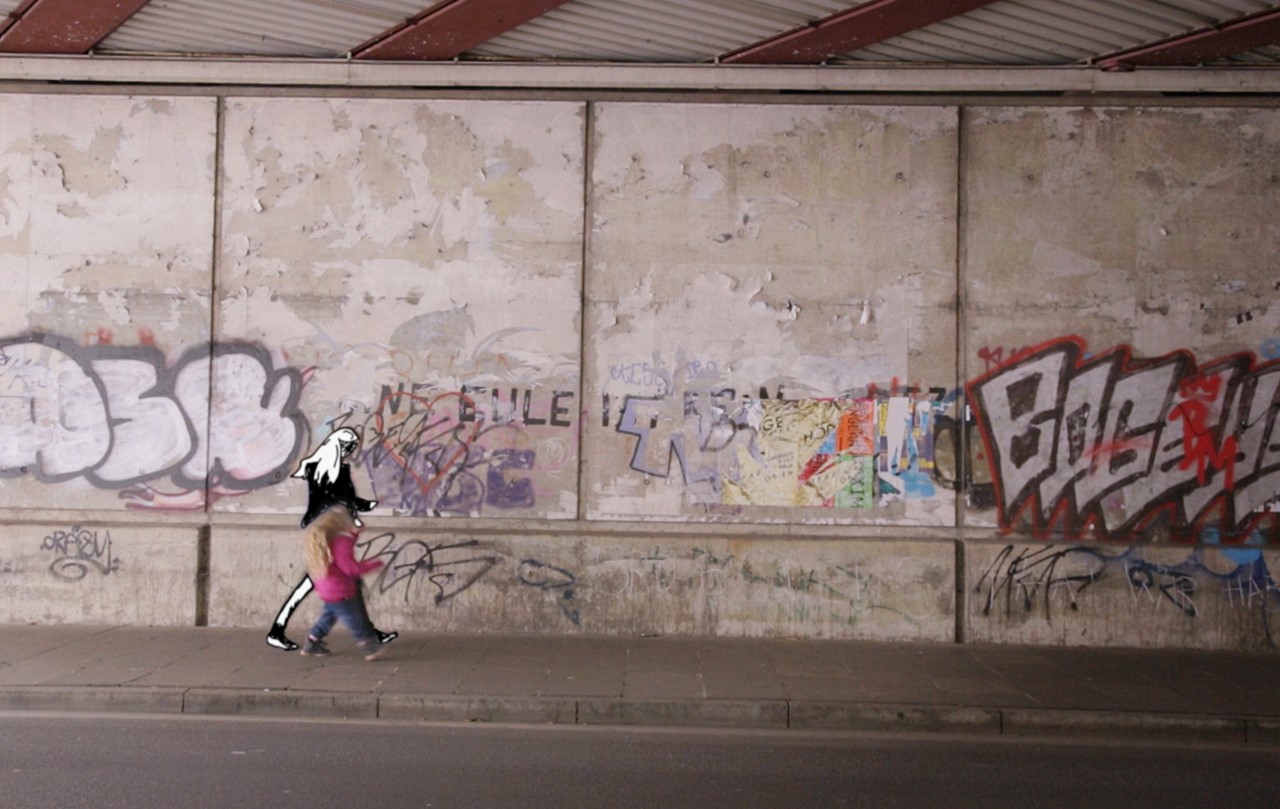 Hanna Fischer (first photo), born in 1985, is a student with a major in Film and TV Journalism at the Filmakademie Baden-Württemberg. She holds a degree in Cultural Studies and has assisted on various film and television productions.

Nina Prange (second photo), born in Munich in 1993. 2012/13 studies in animation at the Bavarian Academy of Television. Since October 2013, Nina has been studying at the Filmakademie Baden-Württemberg.

Sofiia Melnyk (third photo) was born in 1988 in Kiev, Ukraine, where she attended art and animation courses. After that she was working as animator at studios UkrAnimaFilm and Buben. She has made illustrations, magazines, posters and cover art for bands like Kauan and Helengard. In autumn 2014, Sofiia enrolled to study animation at Filmakademie Baden- Württemberg. Her main interests are classical, hand-drawn animation and illustration.