Anikó, 61, is about to leave Hungary to move in with her daughter’s family abroad. This is her final day before leaving everything behind. She begins a mad dash through the city, but at the end of this frantic day she must face what is ahead of her as well as the things that she is leaving behind.

Also in this Program:
ALL THAT'S LEFT
THE MOST PECULIAR AND HUMAN OF ALL EXPRESSIONS
HAMAMA & CALUNA 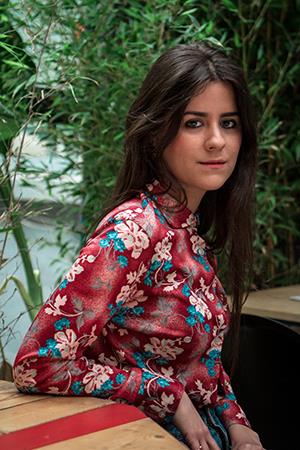 Hajni Kis graduated from the University of Theatre and Film Arts (Budapest, Hungary) as a director. She is now making her first feature film with the working title "Separate Flock" as part of the First Feature Hungarian National Film Fund Incubator Program.

She has won numerous awards with her short films entitled LAST CALL and BEAUTIFUL FIGURE. The latter was nominated for the Student Academy Award and has been invited to more than a hundred film festivals all over the world bringing home many awards. LAST CALL has also participated in prestigious film festivals such as the Sarajevo Film Festival winning its Heart of Sarajevo for Best Student Film award in 2018; in addition, ARTE and HBO have also broadcasted it.