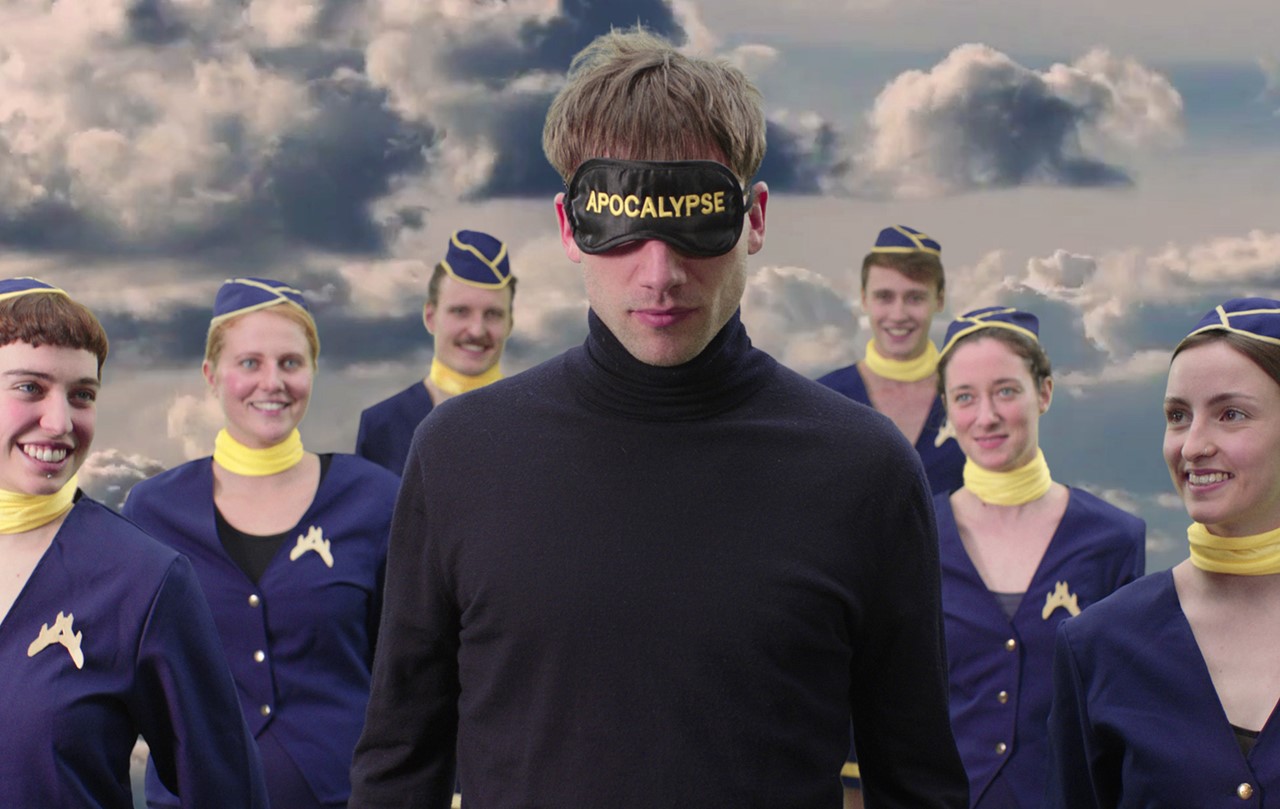 1. Prize Climate Clips Award 2019:
This commercial for an imaginary airline confronts all of us with the contradictions in our lifestyle: we want to discover the world, travel rapidly and at low cost, and visit friends in other countries, even though we are aware of the ecological consequences of air traffic. This fake commercial poses serious questions in a playful manner: Are we ready to make compromises and live in a responsible way? Should our attitude be led by individual or political choices? How do we actually react to commercials, and how do they influence us in our way of living?

Camille Tricaud (1st photo) was born in Bordeaux, France. She studied philosophy in Munich before enrolling at the HFF Munich in the department of documentary filmmaking. She has directed several documentary, hybrid, and experimental films. She spent one semester at the ENS Louis-Lumière Paris in the camera department and worked as a cinematographer on a medium-length film. Since 2019 she has also been an assistant dramaturge at the Münchner Kammerspiele theater.

Franziska Unger (2nd photo) was born in Heilbronn and studied architecture at the TU Dresden and the BME Budapest. Since 2017 the graduate engineer is a registered architect. Since 2018 she has also worked as a freelance artist under the name "tanpopo". Her work includes animated music videos, experimental film projects, graphic and product design.